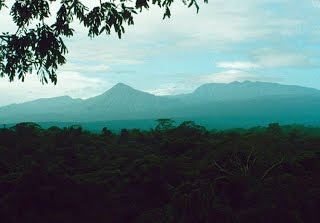 The STREAMS project was established by Dr. Catherine M. Pringle in 1986 to study the ecology and biogeochemistry of tropical lowland streams.  Little is known about the biogeochemistry, structure, and function of Neotropical streams.  While some attention has been focused in South America on the Amazon and its tributaries, very little scientific attention has focused on links between stream biogeochemistry and stream ecology in Central America.  Results of the STREAMS project, obtained over the last two decades, comprise one of the few longterm datasets on stream solute chemistry in primary lowland rainforests of Central America.  The project encompasses three areas:  (1) linkages between stream ecology and biogeochemistry, (2) ecology and natural history of streams communities, and (3) water resource conservation and environmental outreach on water quality and quantity issues.


Funding history - The project began in 1986 funded by postdoctoral fellowships/awards to Dr. Catherine M. Pringle from a variety of sources including: the Noyes Foundation (through the Organization for Tropical Studies); the American Association of University Women; and the National Geographic Society.  In 1988, the National Science Foundation (NSF) Ecology Program began funding the project through an initial award to C. M. Pringle.  The Project has been almost continually funded by the NSF since 1988 by consecutive NSF awards. The project is currently funded by NSF's Long-Term Research in Environmental Biology (LTREB) Program (2006-2011).

NSF also provided two supplementary awards for the extension of research conducted by the STREAMS Project at La Selva to the Luquillo Experimental Forest in Puerto Rico through its Extended Opportunities at Long-Term Sites for Ecological Research (EROL) Program (1989-1990; 1993-1996).

Environmental outreach components of the STREAMS project at La Selva (e.g., development of volunteer stream monitoring program in local high school of Puerto Viejo - Adopte una quebrada) have been funded by the Conservation Food and Health Foundation and graduate fellowships awarded by the Organization for Tropical Studies. The overall objectives of this project are to:  (1) assess water problems in Puerto Viejo de Sarapiquí, (2) develop an Adopt-A-Stream program, and (3) develop support materials for environmental education (e.g., Water for Life).